Joint Meeting with Jackson County Board of Commissioners

The Board of Education consists of five members who are elected to serve four-year terms with the terms staggered so that as nearly equal to one-half as possible will expire every two years. All elections are nonpartisan and are held at the time of the May primary election in even-numbered years. School Board members must reside in the district but they are elected county-wide. The superintendent is appointed by the Board and serves as secretary to the Board. Prior to becoming a board member, Mrs. Large was a leader in the parent volunteer program of Jackson County Schools, serving on various committees. She has also worked with Social Services, Harris Regional Hospital and many foundation boards as well as serving community churches by planning events and directing church programs. Her philosophy is that she, other board members, and everybody involved in teaching children, should help prepare them for the path, not make the path for them. She has a Certificate of Advanced Achievement award from the NC School Boards Association for School Board training.

Mrs. Cooper is a successful business woman from the Cherokee area. She has been an active volunteer at Smokey Mountain Elementary School for more than eight years; she has been PTO president, served on the Superintendent’s Community Council, the School Improvement Team and various committees. Mrs. Cooper was appointed to the Jackson County Board of Education by a majority vote on October 29, 2010 to take office on November 1st.  She filled the unexpired term of Mark Brooks whose resignation became effective October 31, 2010. Mrs. Cooper was elected to a four-year term July 2012, 2016, and 2020. Her current term expires in 2024. She was elected vice-chair for a two-year term beginning July 2018 and re-elected vice chair beginning July 2020.

Mrs. McRae is a retired educator, having been in education for more than 25 years. She spent the last nine years of her career with Jackson County Public Schools.

Mrs. McRae and her husband have successfully raised and educated four children. She has continued to work with children since her retirement, through church and community activities and wants to help children in Jackson County receive the very best that education has to offer.

Mrs. McRae was appointed to fill the unexpired term of Nathan Moss. She was re-elected in 2018. 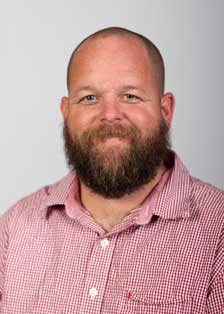 Wes Jamison grew up in Jackson County. He attended Scotts Creek Elementary School, graduated from Smoky Mountain High School, and went on to N.C. State University majoring in structural engineering. About a year after Mr. Jamison returned to the Jackson County, he was hired as an engineer for the N.C. Department of Transportation. Mr. Jamison is married and his children attend Jackson County Public Schools.

Mr. Jamison was elected to serve a four-year term beginning July 2016, and re-elected July 2020. His current term expires in 2024.

Abigail Clayton moved to Jackson County in 1995. She attended middle grades at Cullowhee Valley School, graduated from Smoky Mountain High School in 2001, and went on to attend Western Carolina University earning a Bachelor of Science in Business Administration with a concentration in Accounting (2006) and a Masters in Business Administration (2010). After completing her undergraduate degree Abigail began working for State Employees’ Credit Union where she is a Senior Financial Services Officer. Mrs. Clayton has also been the local program coordinator for Special Olympics North Carolina Jackson County since 2007. Mrs. Clayton is married, and her son attends Jackson County Public Schools.